If you were a Rocker in the 1960's it would be likely that Paul Dunstall was one of your suppliers of parts for your Caff Racer. This 1968 Catalog displays complete Bikes as well as Accessories and Speed Equipment. 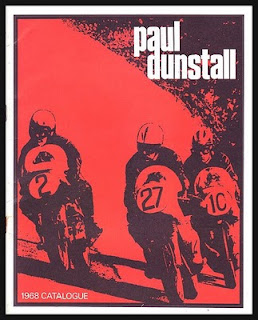 Dunstall would custom build new Triumph and Nortons in his own special way, in the 1970's Japanese Bikes would become the focal point of his operation, Kawasaki Z1's Honda CB750 and such. 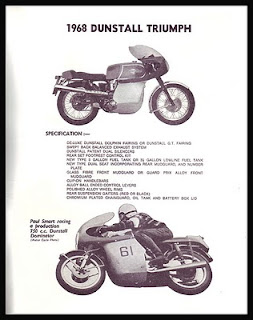 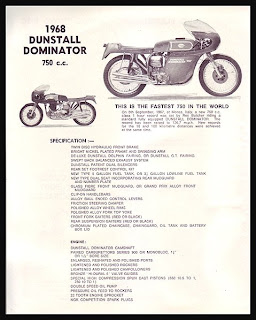 Accessory Racing Tanks were a must, available in Fiber Glass and Alloy. 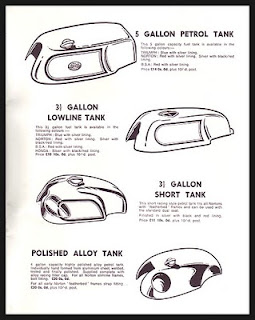 Rear Set Foot Controls allow more comfort when laying over the Tank grabbing hold of a pair of Clip On Bars. 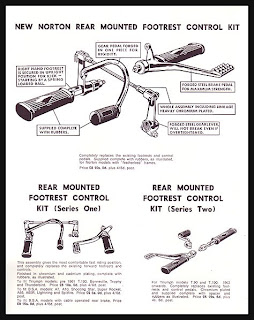 Twin Hydraulics back in the 1960's, the British Bike industry would catch up to Hydraulic Disc Brakes in the 1970's although I do not believe any production Triumph or Norton ever came with twin discs up front. 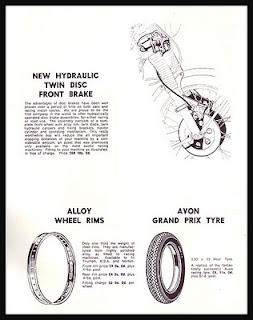 Twin Carburetor Manifolds conveniently made it possible to convert the Single Carb TR6 head into one that accommodates Twin Carbs without having to change the Cylinder Head, very popular today. 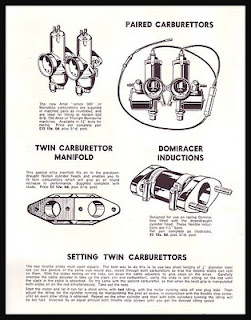 For a detailed history of Dunstall Motorcycles check out http://www.woodgate.org/dunstall/history
Posted by Jonnie Green at 8:28 AM