The Triton, Triumph Power mated to Norton Handling to create the perfect Hybrid, Triton's started to show up in England during the mid 1950's, mostly put together in the back yard sheds of wannabe Ton Up Lads striving for the machine that will put them in front of the pack. To me the Triton is the ultimate Cafe Racer, built specifically for the task in hand, to be the fastest. My Triton is the result of a 4 year build which began in 1992, taking so long mainly because of lack of funds which ended up being a blessing in disguise, it allowed me the time to think about exactly how I wanted it to look, based on the famous Norton Manx, this machine has given me around 15000 miles of pleasure to date, it has never left me stranded although I do recall having to push her once in a while! My Triton is the Bike I have owned longer than any other and obviously has a special place in my collection. 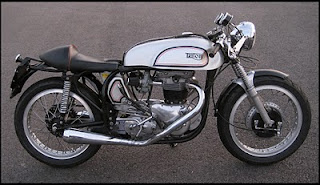 Basically the Slimline Featherbed Frame is from a 1967 Atlas and the Motor is a 1960 Pre Unit TR6 fitted with a 750cc Big Bore Kit, the engine is mostly stock, I prefer the stock engine with minor modifications for reliability as a apposed to full on race engine which would be less practical for street use, my goal was to get a bike that would crack the ton and this bike certainly has obliged. 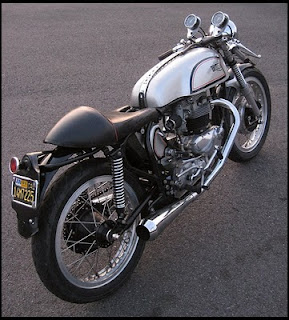 Cafe Racer unwritten law states the Clocks must be at the highest point of the machine, this pair of Chronometric Clocks are a neat feature, 140MPH! 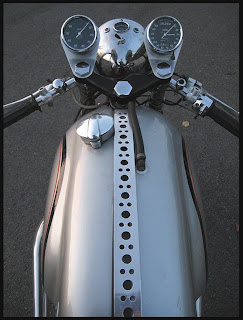 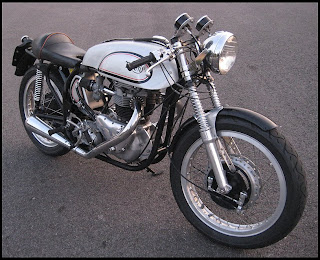 Not as minty as when it was first built, this bike now has it share of minor battle scars which I do not mind, a machine that looks used usually has a story to tell, rather than others I have seen that spend too much time in the back of a pickup truck or Trailer. 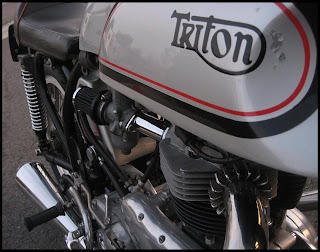 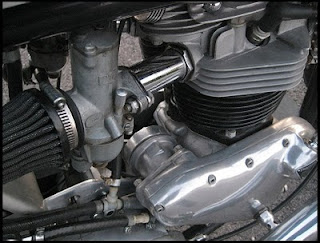 Lucas K2F Magneto was replaced after 10,000 miles with an Electronic Ignition I fabricated from Norton Commando and Triumph Thunderbird parts, the only problem meant I am reliant on the Battery positioned behind the 4-Speed Triumph Gearbox, if kept charged up this is not really an issue. 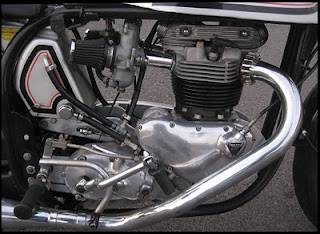 Home made Alloy Engine plates position the Engine in just the right place, I favor the Pre Unit Engine for the ultimate Triton, the Unit Engine gets lost in the Featherbed and often ends up being all Engine Plate. 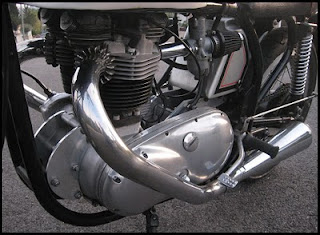 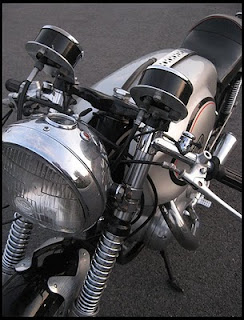 Stopping power from the 4-Leading Shoe Front Brake from the old '72 Suzuki Triple, a great Brake, very affordable at the time of purchase, quite a bit of work to get between the Norton Roadholder Forks but I t can be done. 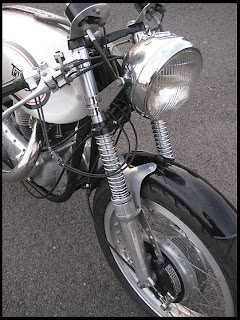 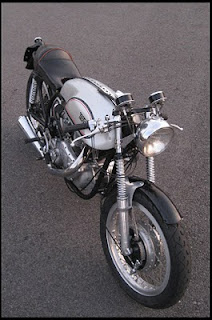 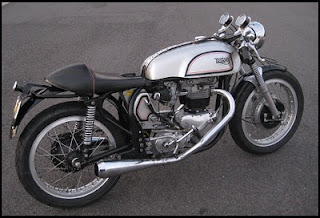 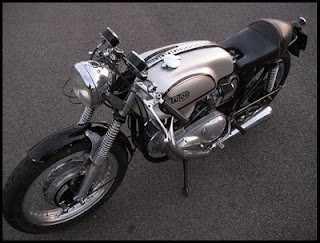 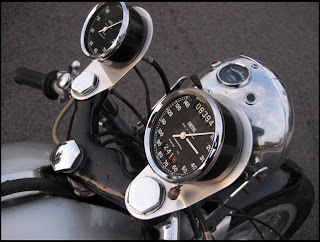 Parked outside a local watering hole, if you ever find yourself in Highland Park, nip into Johnny's on York Blvd for a very refreshing Mug of Stella! 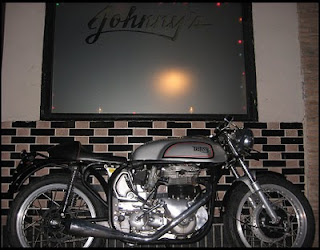