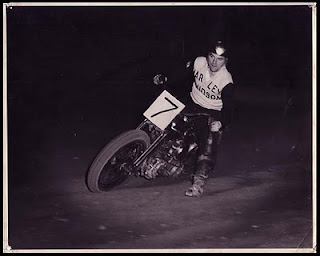 Spectators get a chance to win a new 1947 Sunbeam, love the Dealers Pick Up Truck, BSA Logo can be seen on the back of the Cab. 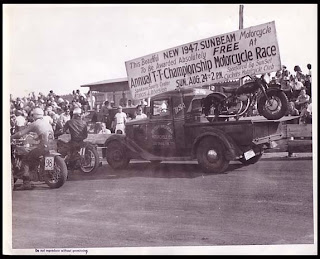 Unknown Rider aboard a Triumph 500cc Twin, check out the cool Exhaust Pipes, up-swept and one on each side, Flanders Bars and Risers also add period touches, it was typical for Racers to convert Stock Motorcycles by simply removing Lighting Equipment as well as all unnecessary cycle parts adding a Racing Seat and some High Performance Engine goodies. 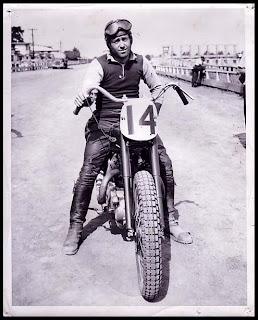 Signed by Roy Andres aboard a 750 Twin, Springer Front Ends were still the order of the day. 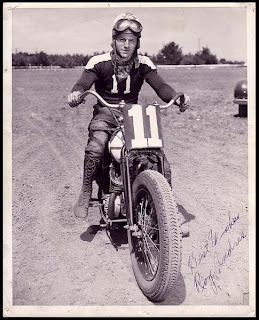 Pair of Triumph Twins on the left, I believe an Ariel Single followed by n Indian Twin, a neat line up. 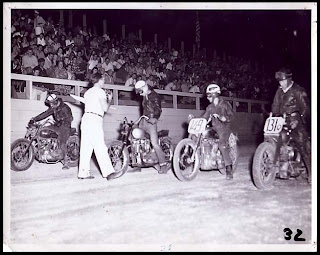 This Matchless Rider enjoying a smoke. 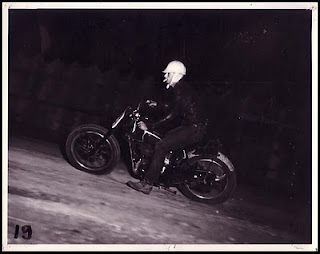 Triumph Twin, 2 into one pipe on the left, after-market kick stand can be seen under the Primary Chaincase. 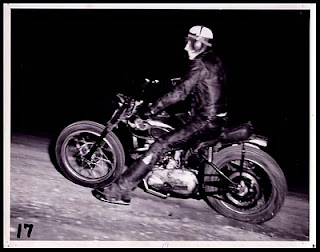 Ariel Single giving it some.... 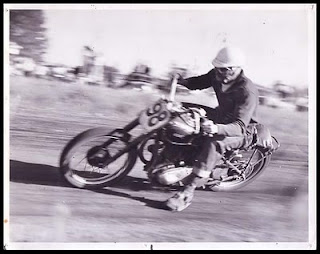 Same race as the line up in #32, the Indian lost in a pile dirt. 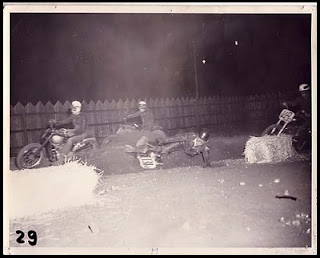 Last not least an AJS hanging on thru a bend 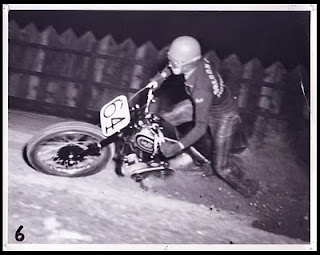