For 1956 Triumph offered the TR5/R in limited numbers for those Riders interested in the best possible 500cc attainment, factory records show that 112 TR5/R Engines were produced and 104 complete bikes, therefore 8 spare Engines, this one being the 40th, they were built for street use with easy conversion to race trim with quick detachable lighting. The build date of this run was January 12th 1956 and ended April 27th 1956. These TR5's were the first  the factory had supplied for Daytona use as previous bikes had been T100 Models. Reasoning for this was the Trophy was nearer to the spec required already having narrower guards, small tank, gaitored Forks, Q.D. Lighting e.t.c. 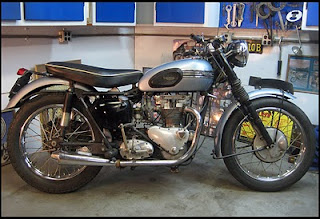 Basically, 112 standard TR5 Engines were pulled off the production line and sent over to the Racing Shop where each engine was stripped and rebuilt to "Red Seal" condition, meaning each engine was equipped with the latest Racing Camshafts and Tappets, high compression Pistons, dual Racing Amal Carburetors, Racing Exhaust System with dual inverted cone Megaphones, Racing Lucas Magneto, Folding Rear Set Pegs as well as other racing items. 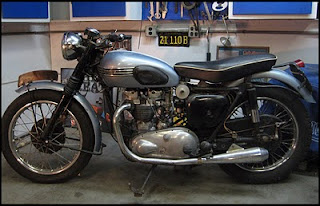 Most if not all machines were sent to the Johnson Motors in the US, meant for circuits such as Daytona, Watkins Glen and Willow Spring to name a few, it retailed for $959.00 and had to be special ordered due to it's limited numbers. 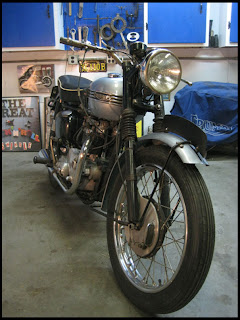 This TR5 was sold by Guy Urquhart in San Diego and was used just on the street, never on the track, it last registered in 1983. 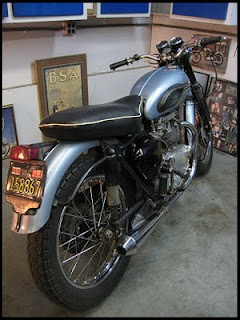 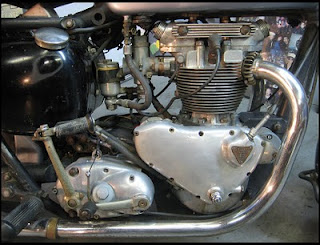 After being assembled each engine was tested on a Dynometer to insure maximum performance, geared for 125mph!. 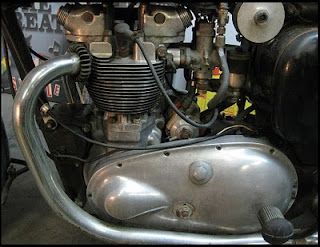 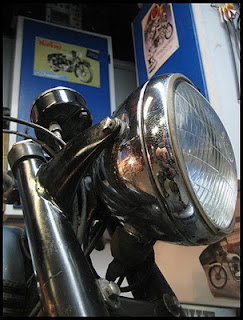 Photo below shows the Float Bowl Mounting, it was attached to the Tool Box and Oil Tank. 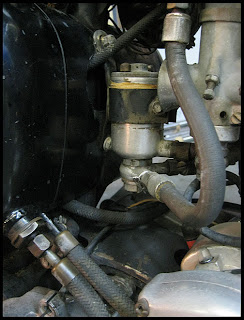 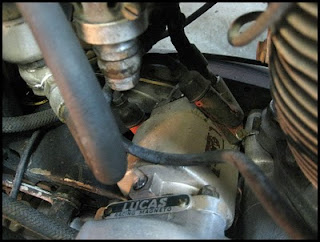 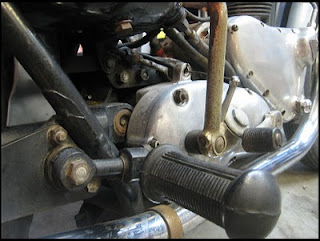 Rear Set Foot Rests can be seen above and below, the right side peg folds to allow the Kick Start Lever to crank, the left side is fixed although to comply with AMA Racing regulations, the left side Peg had to be replaced with that of a folding type. 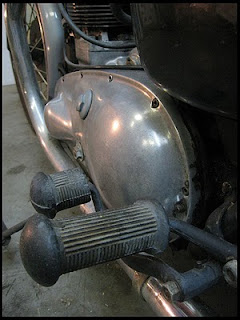 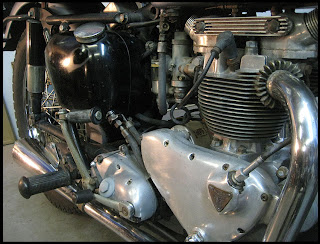 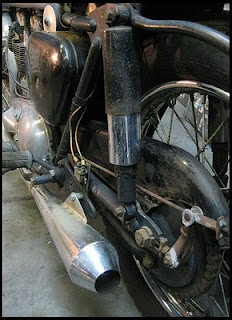 Inverted Cone or more commonly known as Reverse Cone Mega's let the neighbors know your are around. 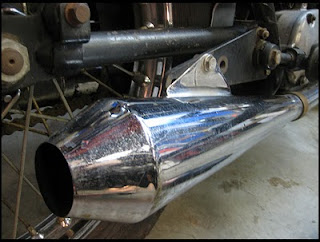 The TR5 came standard with a Speedometer, the Tachometer was an optional extra. Don't you just love Smiths Chrono's. 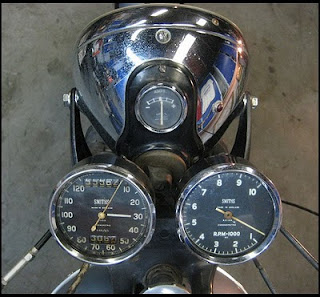 Air Scoop on the front Brake Plate, this became standard equipment on the 1957 TR6 and T110, a fantastic looking Brake. 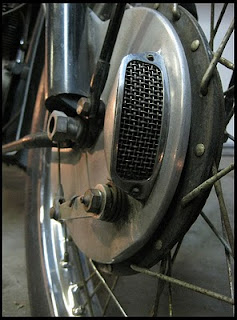 When I purchased the TR5/R, a 1948 Tiger 100 came as part of the package, I still do not know how lucky I was that day back in 2004 when they came my way, I went down to San Diego in my old '59 El Camino to pick them up, I remember filling up the bed to the max, the truck was loaded up like the Jodes heading west! truly a great day, at the time I did not even know what I had, not till I got home and started researching my find. Check out the consecutive Plate numbers, these 2 have got to remain together! 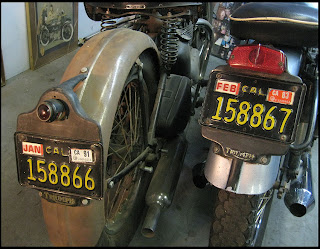 Each Bike was sold with a Build Sheet from Johnson Motors, there were a pair of these with mine so I had them framed to display all the specs and details of the machines. 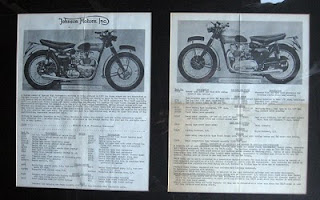 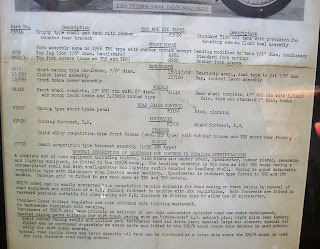 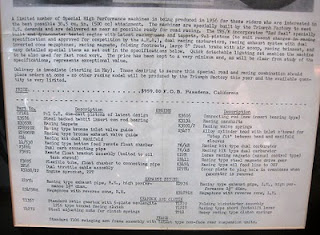 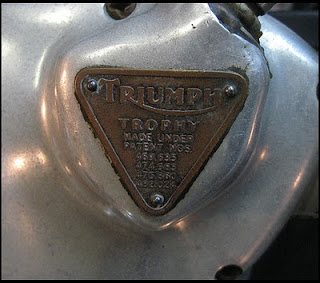 A sweet piece of Triumph racing history that I am well happy to own, not sure on how many have survived, specially in this un-restored condition, probably the only one....
Posted by Jonnie Green at 8:12 AM