Here is a quick tip on some good reading, Cafe Racers, Rockers, Rock 'n' Roll and the Coffee Bar Cult by Mike Clay and Bill Shergold, a 196-page hardback published in 1988, one of the excellent and now sought after Osprey first editions is getting hard to find although later editions I believe are now available. Chapters include Origins of the Species, Goldie Years, Triumph Twins, Featherbed Frame Up, Norvin and Others, Twins and Big Singles, Mods and Rockers and the Headless Motorcyclist, Decline of the Cafe Society and the Great Revival. Tons of excellent photographs many in color, as well as interesting text, includes Triumph, BSA, Harley Davidson, Enfield, Norton, Vincent, Honda, Matchless, Ducati, Dunstall, Dresda, Velocette amongst tons more. 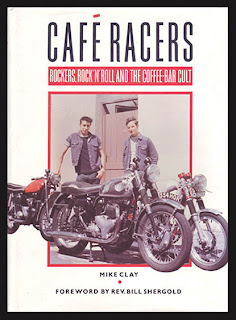 Machine of choice here appears to be the Triumph Twin. 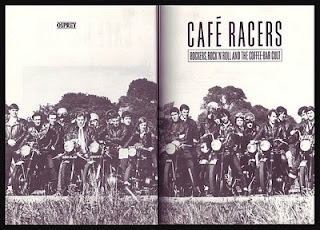 Check out the tasty BSA Rocket Gold Star with an updated front stopper. The bike on the lower left is a Rickman Interceptor. 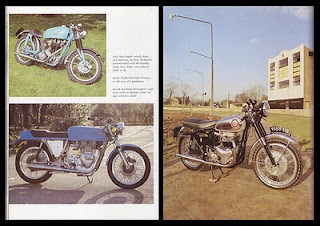 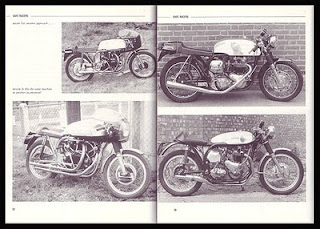 The John Player Norton has to be one of the most exciting Bikes I have had the chance of riding, we had one in at a Shop I was working at, the "extended" test ride was a joy, never had the chance to ride a genuine Manx. 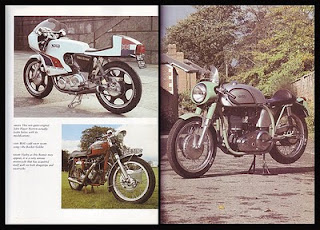 Definitely one to look out for, highly recommended. 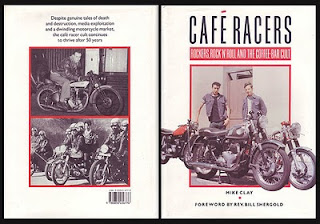