I guess you can call this survivor as "barn fresh", it is a 1957 Triumph Tiger 110, 650cc's of pure grunt, ready to take on any punishment the desert has to offer. I purchased this amazing Desert Racer from the original owners surviving family, it was owned and raced by a chap called Bob Rickard, he raced this Triumph at Scrambles and Desert events in Southern California during the late 1950's, in 1960 Bob started racing for Honda and continued to do so through the 1960's, his greatest accomplishment was winning a Scrambles event at Daytona in 1963, competing on a 305 Honda. This T110 as well as '59 Tiger Cub Scrambler and '57 TR6 sat together in a shed after all being parked in the very early 1960's, after the walls of the shed fell down it was time for the Family to move them on. 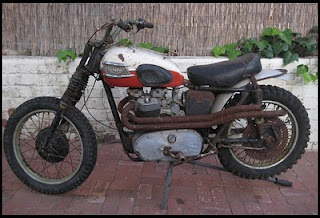 Desert Sled was a name given to these stripped down racers, this bike is as authentic as they come, loads of cool aftermarket items make this a great example of such machines that competed at events at Big Bear Lake and the Catalina G.P. just to name two. 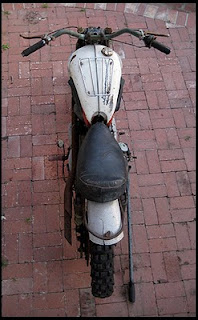 Street equipment such as Lighting, Fenders, Center and Side Stands, Twin Seat were removed. 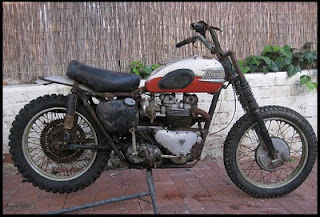 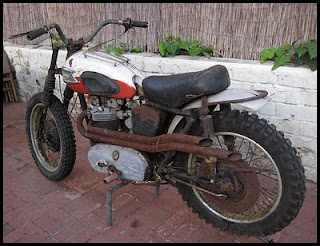 Q Air Cleaners were manufactured in the 1950s and 1960's out of Van Nuys here in Southern California, essential for raing in the dirt and sand. 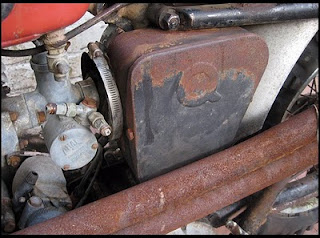 Webco produced these Quick Action Throttles, making it able to get that Throttle wide open with less of a twist than the stock item. 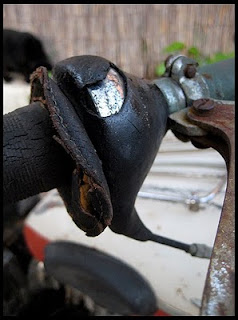 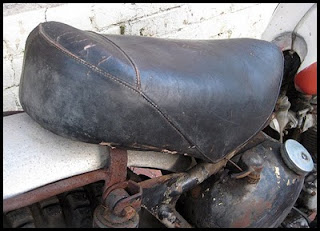 Very rare high capacity Oil Tank, I believe this is a Factory Item that was made for the Factory TR5 and T100 Racers. 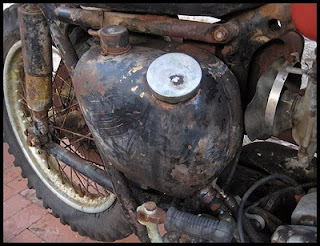 It was common practice to cover home made folding Foot Pegs with Garden Hose, details like this get lost after restoration. 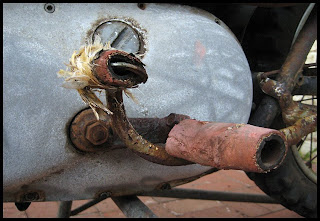 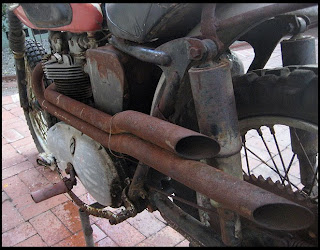 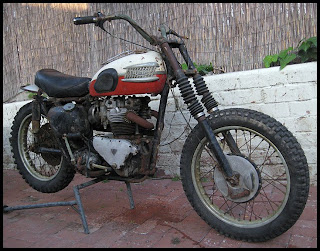 No frills, this beast is all business. 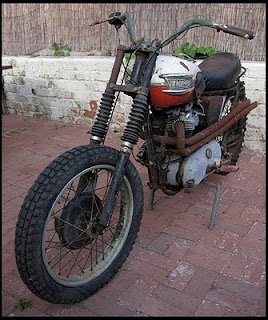 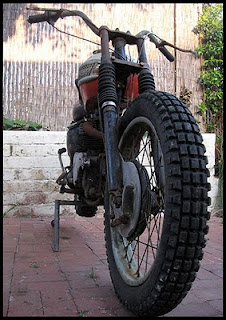 Desert Sleds took loads of stick whilst in action, when desert racing you did not go around obstacles, you steamrolled right through 'em. 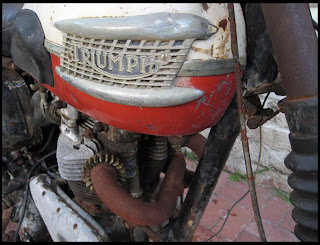 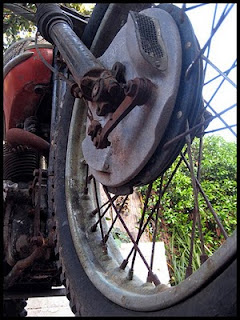 I have to say that I am unsure of what might become of this bike, the right offer may pry it from my hands but i have to say that to me it should be left a survivor, maybe fire it up one day soon and head out to the dirt.
Posted by Jonnie Green at 10:00 AM