It has been a few years since I sold my last modern Triumph, a '97 Speed Triple, and I was getting the urge for another push button bike. It did not take long to come to the conclusion that it had to be Triumph Thruxton. After a few months of looking I decided on this '06 model which only had 700 miles on it and was like new. 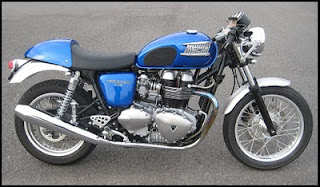 Love the way it sits. A very comfortable that ride that feels like a traditional British Twin. 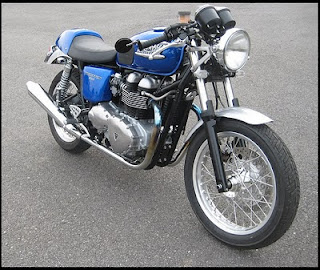 Keeping with an unwritten Cafe Racer rule that the tallest part of the machine shall be the top of the Clocks. Triumph got it spot on. 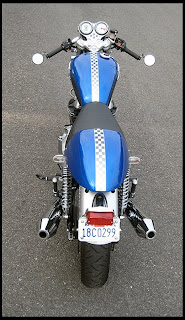 Not too many mods as of yet, some Triumph Off Road Mufflers were essential as the stock items were nothing short of rubbish. Also the stock Tail Lamp and Turn Signals had to go. 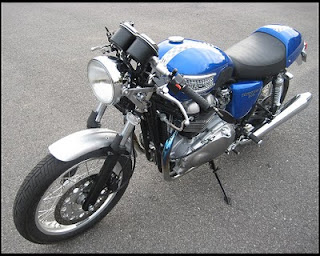 I changed the Tank badges to the "Harmonica" or "Garden Gate" style that were used on the vintage Triumphs from 1957 to 1965, no other Badge comes close. 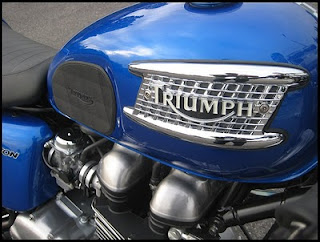 The blue reminds me of the original 1965 Thruxton. 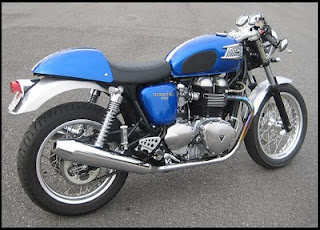 Not a great fan of the checkered decals but I can live with them for now. 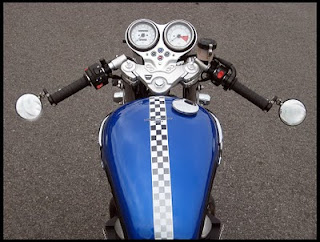 Bar end mirrors are quite effective. 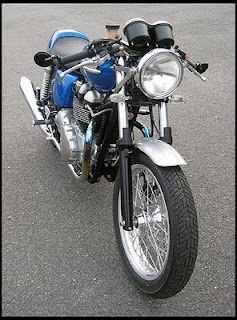 I opted to retain the original rear fender, it seems that most prefer the Fender elimination kits that are on the market but not for me, this is a Caff Racer not street fighter. 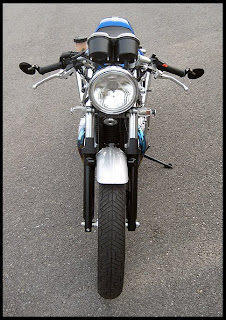 Nice to have a bike that I can go some distance on without the reliablilty worries that come when out on my old classics. It has definitely rekindled my enthusiasm for riding. I am well pleased I opted for this Bike.
Posted by Jonnie Green at 8:47 AM