First Place At The Quail!

I would like to take this opportunity to blog briefly about The Quail Motorcycle Gathering held last weekend at the stunning Quail Lodge Golf Course in Carmel California. The wife and I decided to make a weekend of it for a quick getaway and thought it would be cool to see the Bikes on display on the Lawn and also check out the Bonham's auction in the Club House. The day became a very special occasion when a Motorcycle I had restored and then sold was entered into the show and came away with first place in it's class. 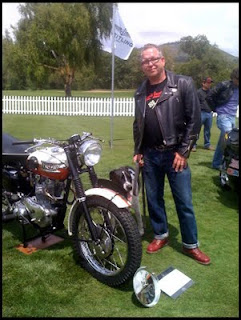 The bike in question is a 1957 Triumph TR6 that I spent the best part of 2010 restoring. The restoration is featured in a post from January this year.
(http://tonupclassics.blogspot.com/2011_01_01_archive.html)
Rob Jordan and myself enjoying the day, Rob is an old friend of mine from the our days in Norwich, he purchased the Bike for his collection after the restoration was completed. 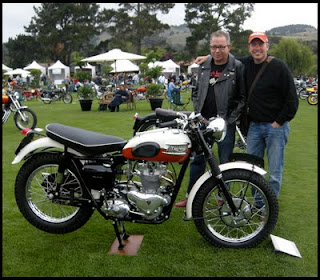 Neither of us expected the award, the competition was something else. It was in the European Class to 1978 so it was not only up against the best of British but also very tasty Italian Ducati's and Laverda's, German BMW's amongst others. 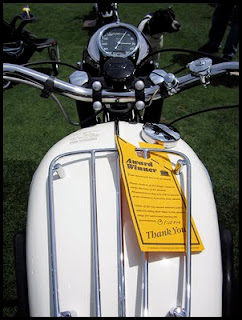 I nearly dropped my pint when the yellow tag was placed on the parcel Grid! Very tasteful Tiffany award will be a nice addition to Rob's Sideboard. 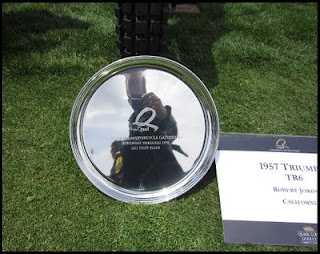 Rob and I with Geoff Giamarco who was responsible for the paint work. I was glad he was at the show to see his work "Triumph". 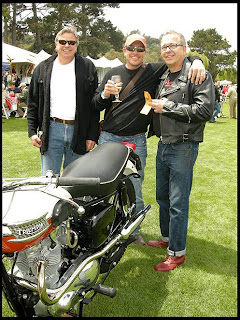 Highlight of the show was Rollie Free and his Vincent that he rode across the salt at well over a ton in his underpants! 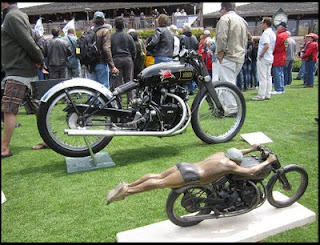 This BSA Gold Star has only 1 mile from new. Holy Grail for Goldie enthusiasts. 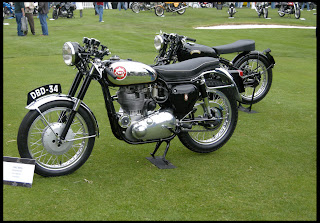 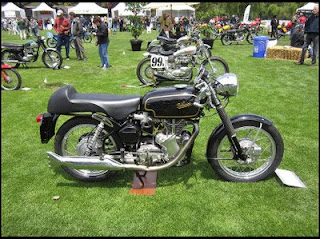 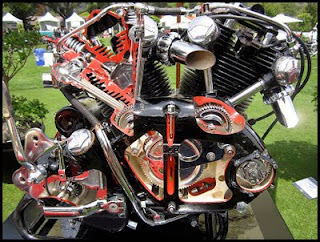 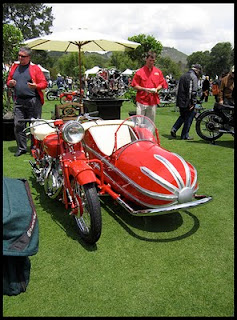 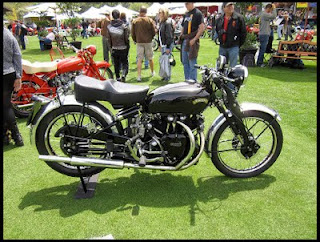 Norton Manx, need to get me one of these! 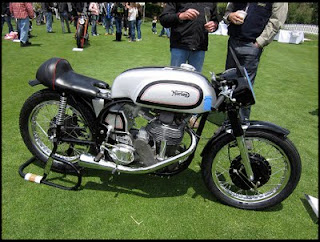 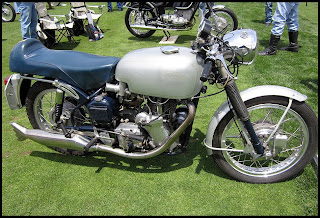 John Player Norton, got to ride one of these many years ago, sticks out in my memory has being a load of fun. 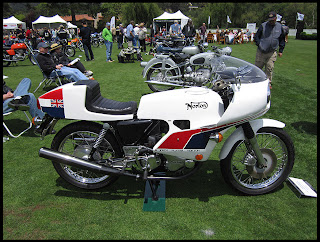 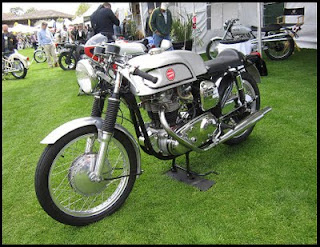 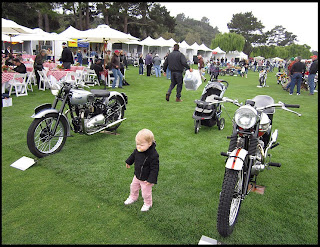 A very proud day that I will not forget in a hurry. 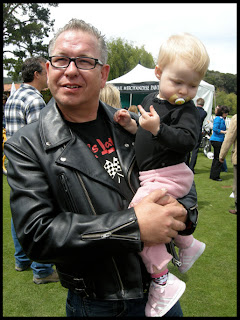 Here is a link to Robert receiving his award.
http://www.youtube.com/watch?v=zxlZ_ET7anc
Posted by Jonnie Green at 10:22 AM 2 comments: