Back in April 2010 I added to this blog an article on a 1957 Triumph T110 Desert Sled. At that time I was unsure what was to become of it, a fantastic survivor but no where near a running motorcycle so it just sat in my collection until my old friend Robert Jordan from Classic Throttle made an offer that I decided to accept and the restoration was started during the spring of 2011 and was completed November 2010. Here are a few pictures of the bike, most of the surviving cycle parts were retained, a couple of parts had to be fabricated and a Bash Plate was added. 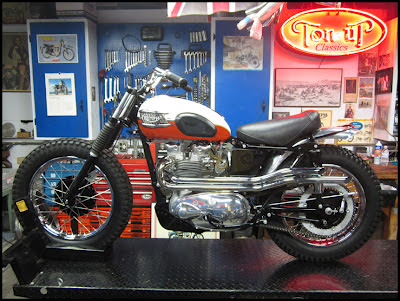 At first I was not keen on restoring the survivor but after all is said and done I am well pleased with the results. I was able to keep all the essential parts and the outcome in my opinion is exactly how it looked back in the 1950's when it was rumbling through the So Cal Desert. 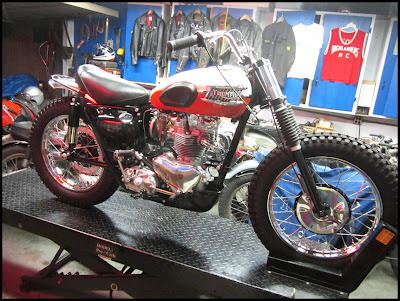 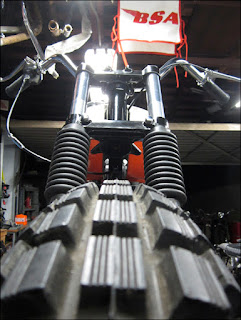 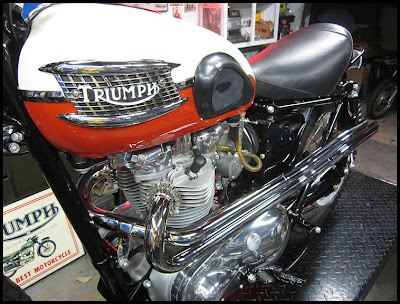 One Inch Bars were replaced as the old ones were tweaked. The Bates seat was fitted with a new leather cover made using the original cover as a pattern paying close attention to the stitch pattern. 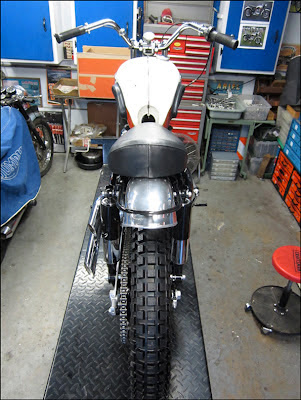 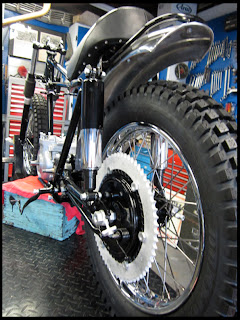 Original cheater sprocket was still good and after cadmium plate is as good as new. Shock Absorbers were replaced. 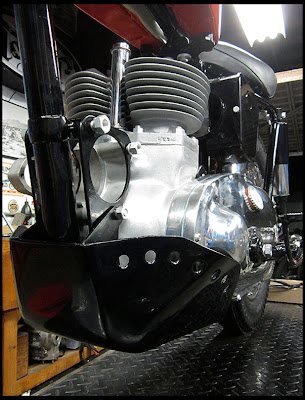 Engine rebuilt with Harmon Collins Racing Camshafts (retained from the old motor), High Compression Pistons, Oversize Valves, Bronze Guides and Racing Valve Springs. Bast Brothers Bash plate was added to the build. A period part made in Van Nuys back in the '50's, thanks to Paul Gion. 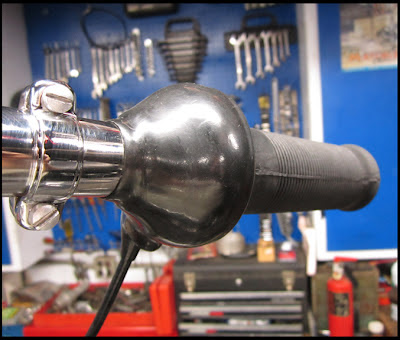 Was able to replace the old perished rubber cover on the quick action racing throttle twistgrip. 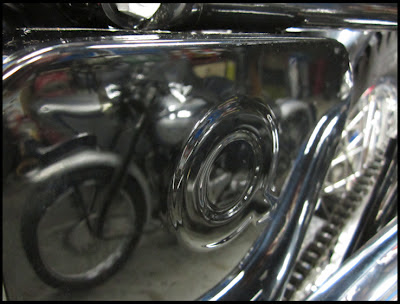 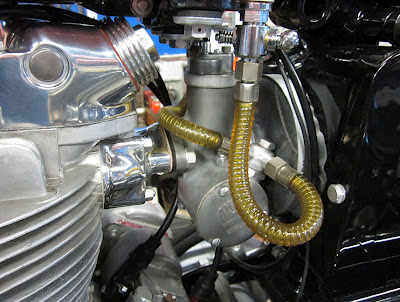 Period Fuel line was an exact replacement as to what was on there. 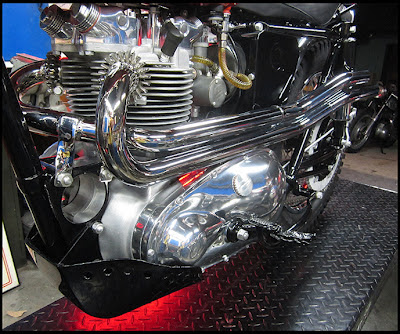 Bud Ekins Exhaust pipes had various dings and scrapes, they were repaired and re-plated, the rear mounting tabs had to be fabricated as they were held together with bailing wire before. 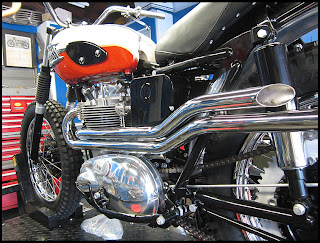 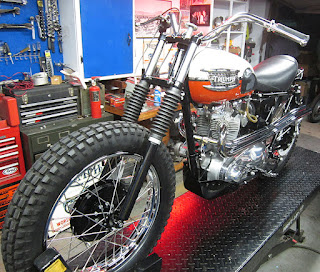 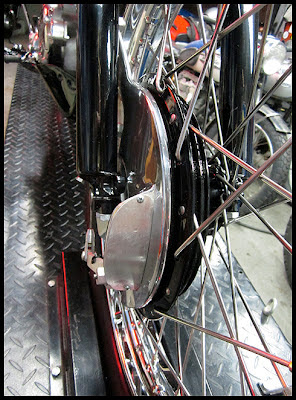 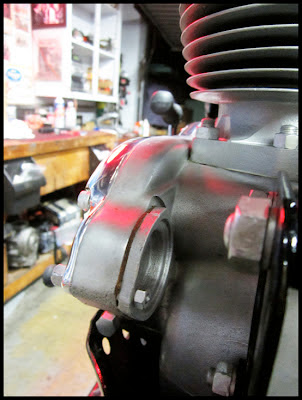 Blanking Plate covers the area where the Generator was fitted ti the Street Bikes. This plate came as a part in the Factory Race Kit. 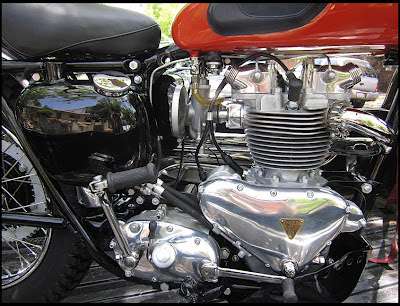 I was just about to load it onto the truck when the urge overcame me....
I love Pre Unit Twins!! 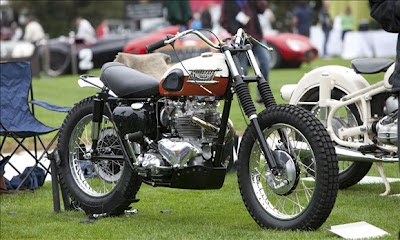